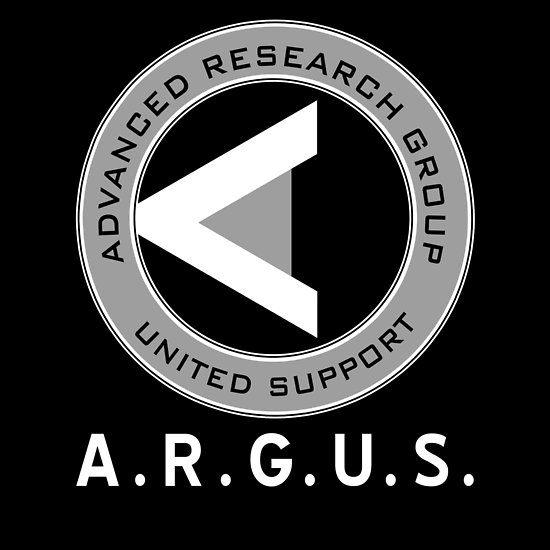 
Designer Notes: Just some ARGUS throw aways, in case you need that type of support for your street games.
Posted by The Evil DM at 6:38 AM No comments:

Email ThisBlogThis!Share to TwitterShare to FacebookShare to Pinterest
Labels: Argus 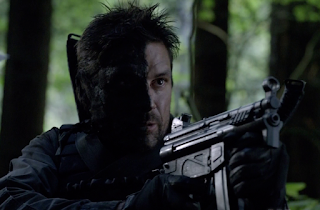 *Powers due to Mirakuru


Designer Notes:One of my favorite characters, comic book wise and on the TV show, Manu plays this character perfectly and I really enjoy it. So I wanted to make sure he was a bad ass for my world as well.
Posted by The Evil DM at 7:07 AM No comments: 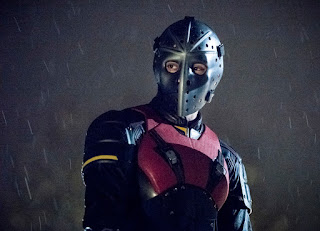 *Source: Based off Equipment in DC Core 3e


Designer Notes: Okay, so this character is kind of in the DC universe, but totally different as far as background, name and most of his stats. I decided to write him on based on what I saw on the show and ignore most of which what was in the Who's Who. Not really a hard write up, but more so flavoring him towards Rene Ramirez and not Jack Wheeler.
Posted by The Evil DM at 7:36 AM No comments: 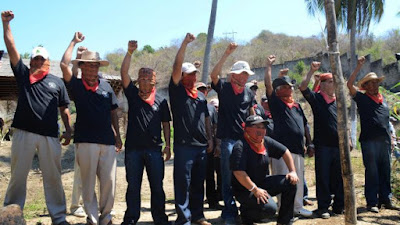 This really isn't a mechanic for your game but more so a flavor to add to your game, to basically put some realism or fear into the players of their character that being a masked Vigilante is against the law. You don't have to use this, but if you do, it will make the player's job even harder as they will have to be more creative with their character choices and be more sneaky in their crime fighting duties. Maybe they will think twice about going out to fight crime, when the police force is ordered to capture Vigilantes and bring them in. While I do a lot of street fighting level games, I will normally implement this law after a certain amount of time when the players get really comfortable with just out right doing things with their characters. While the people may respect the man behind the mask, and sometimes the law will as well, vigilante activity should be done in secret and from the shadows.

This also did happen on the show, when Oliver Queen because Mayor of Star City, but he put the vote to the people of Star City, and the measure passed by a landslide. While I could find no actual wording, or things defined based on the show, other then the name "Anti-Vigilante Legislation". I even made up the legislation number docket to make it seem more "official". Enjoy!

Any person caught fighting criminal activity within the limits of the city, taking "crime fighting" into their own hands, by using physical force to stop criminal activity that is above and beyond protecting themselves from immediate danger or protecting personal property will be considered obstructing justice and acting in an authoritative capacity which is not authorized by the city. Elected & Appointed officials are to arrest and detain Vigilante activity by any means necessary to uphold the laws of the city.

AVL 9A.16.020 allows use of force in these instances:
• When used to arrest someone who has committed a felony and deliver the suspect to a public officer.
• When used by a party about to be injured or about to suffer "malicious interference " to his own property. The force must be "not more than is necessary."
• When force is "reasonably" used by the owner of property to detain someone who unlawfully enters his property.

A vigilante, also known as a "mask", is an individual who takes the law into their own hands, believing that the police and the court system are unable to or unreliable at bringing criminals to justice. However, not all vigilantes are fighting for justice, some do it out of personal revenge or antagonistic reasoning. It is also common for vigilantes to take on a moniker to be known by, some by personal choice and others by having been named by the public. Some vigilantes eventually gain a level of popularity and admiration from the general public that they begin to be seen as a "superhero". Despite the name suggesting this term is reserved for individuals with superhuman powers and abilities, it is also used to define individuals without any but instead rely on combat skills, intellect, or gadgetry.

"Vigilante justice" is often rationalized by the concept that proper legal forms of criminal punishment are either nonexistent, insufficient, or inefficient. Vigilantes normally see the government as ineffective in enforcing the law; such individuals often claim to justify their actions as a fulfillment of the wishes of the community. Persons alleged to be escaping the law or above the law are sometimes the victims of vigilantism. Vigilante conduct involves varying degrees of violence. Vigilantes could assault targets verbally and/or physically, damage and/or vandalize property, or even murder individuals.
Posted by The Evil DM at 4:36 PM No comments:

Email ThisBlogThis!Share to TwitterShare to FacebookShare to Pinterest
Labels: Anti-Vigilante 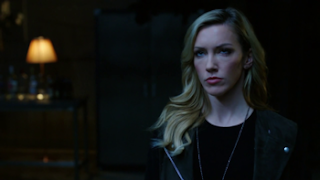 
Designer Notes:This one I really had to think about when it came to all of her abilities on this write up. I invented the Sonic Hearing which she used during an episode in Season 6, but its based off of her Sonic Beam powers, not as strong though. I was looking at super hearing or something, but the way it was demonstrated, it looked like she was using her sonic powers to listen. Drawbacks, she has a lot of guilt over having to kill Vincent Soble in front of Black Canary II's eyes. Her Irrational Fear is that she will never truly be loved by anyone or will disappoint anyone that tries to love her such as her earth one father, which leads into her not trusting many people, if any at all. She is also shown signs of being very uncertain about the path she is taking right now with Ricardo Diaz.
Posted by The Evil DM at 8:06 AM No comments: 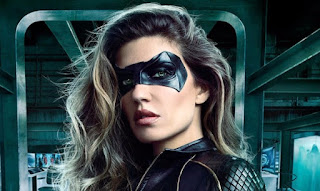 
Designer Notes: This was another interesting write up, with not a lot to compare things to. So I went on my own and decided to look at the charts in the 3e book, decide based on what I've seen on the show and where it fell numbers wise. The Bo Staff, I kind of made up based on what I THOUGHT it would using the ones I've seen in the 3e book for Robin and Deathstoke as a base for it. Her disadvantages I got from the show as she has some messed up thinking right now due to her love dying in front of her eyes. Thinking about it, she probably could be Black Canary 3, as we've seen two others (Laurel and Sara). No I don't plan on writing up Laurel as Black Canary, but rather as Black Siren.
Posted by The Evil DM at 10:42 AM No comments:

Welcome to the Mayfair Games DC Heroes RPG page that will focus on TheCW's Arrowverse, Street level type games & whatever the hell else I feel like posting in this "Arrow-Earth". I will be providing write-ups and my thoughts on things from theCW Arrowverse, along with other comics and TV shows for my "Arrow-Earth". Sure some of these characters will differ from the comic books, and I may borrow a write up here and there from other sources (credit will be noted).

Now I am sure you are asking, "What's Mayfair Games DC Heroes RPG?"
Well, that's an easy answer! It's a role-playing game that was designed by Mayfair Games in the mid '80s and early '90s that was considered one of the best superhero games of its time and still holds up well to this very day. The game is long out of print, but you can still find people playing it, talking about it (Facebook has a group!) and there is even a long time used yahoo groups that has plenty of activity to this day with people jabbering about this wonderful game.
There are three editions of this game, including 1.5e called "Batman The Roleplaying Game" along with a what was called the 4th edition of the game "Blood of Heroes".
With that stated, this is my campaign notes and world, so my opinions on characters and stuff is my own and I'm sure you may not agree, you are very much entitled to that, but let's keep it civil here.

I will be using Batman RPG, 2e and 3e rules while I design up things on this site. I may reference Blood of Heroes along the way if I need to clarify a rule that is a bit confusing in the other editions. Generally, all the editions are interchangeable with one other going forward so if you happen to own an earlier edition, you can still use the rules and write-ups I have here for you to view. Though I will say there was some changes between 1e going to 1.5e and forward, but its still easy enough to figure things out!
I encourage you, the reader, who has found this blog to leave a comment, follow the blog and let me know what you think. The discussion is much wanted here, but this is a place for fun, not a place to flame one another or argue over simple little wordings. Should a comment or a reply get out of hand, I'll delete it and ban you faster then you can blink an eye. So let's not be a jerk here! Thanks!